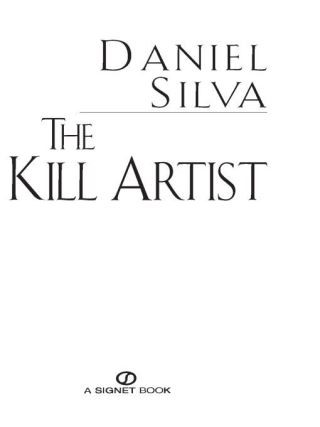 From the #1 New York Times bestselling author of The Other Woman comes the first novel in the thrilling series featuring legendary assassin Gabriel Allon.

Immersed in the quiet, meticulous life of an art restorer, former Israeli intelligence operative Gabriel Allon keeps his past well behind him. But now he is being called back into the game—and teamed with an agent who hides behind her own mask...as a beautiful fashion model.

Their target: a cunning terrorist on one last killing spree, a Palestinian zealot who played a dark part in Gabriel’s past. And what begins as a manhunt turns into a globe-spanning duel fueled by both political intrigue and deep personal passions...

Daniel Silva: Daniel Silva is the #1 New York Times bestselling author of The Unlikely Spy, The Mark of the Assassin, The Marching Season, and the Gabriel Allon series, including The Kill Artist, The English Assassin, The Confessor, A Death in Vienna, Prince of Fire, The Messenger, The Secret Servant, Moscow Rules, The Defector, The Rembrandt Affair, Portrait of a Spy, The Fallen Angel, The English Girl, The Heist, The English Spy, The Black Widow, and House of Spies. His books are published in more than thirty countries and are bestsellers around the world.