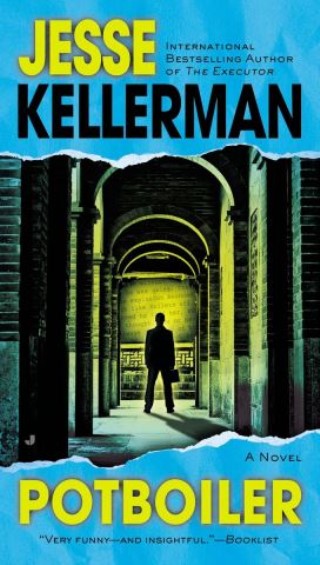 Jesse Kellerman—the international bestselling author of The Executor and The Genius—brings his prodigious talent to bear on a topic he knows well in this hilarious and surprising spin on the modern blockbuster thriller novel.

Missing for months after a tragic boating accident, William de Vallée, the superstar thriller writer, is pronounced dead. His oldest friend, Arthur Pfefferkorn, receives the news with an unsettling mix of grief and envy. A middle-aged college professor with long-dead literary aspirations, Pfefferkorn can’t help but feel outshone by his friend’s success—especially since he married the woman Pfefferkorn loved.

But now Bill is gone, and Pfefferkorn is there to comfort Carlotta in her time of grief. Reconnecting with de Vallée’s widow makes more than one of his dreams come true . . . until it plunges him into a shadowy world of intrigue and double crosses, where no one can be trusted—and nothing can be taken seriously.

Jesse Kellerman: Jesse Kellerman is the author of Potboiler, The Executor, The Genius, Trouble, Sunstroke. and with Jonathan Kellerman, The Golem of Hollywood. His books and plays have won several awards and an Edgar Award nomination. He lives in California.