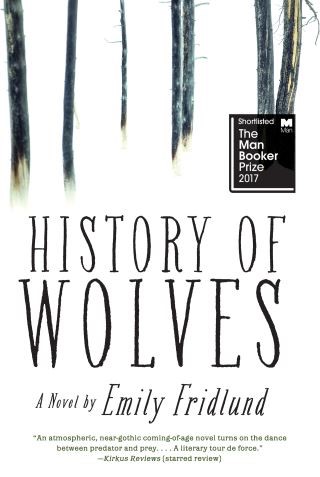 **A New York Times Editors’ Choice and Notable Book of the Year; An O magazine Book to Pick Up; A USA Today Notable Book; An Amazon.com Best Book of the Month; A People Best New Book**

Fourteen-year-old Linda lives with her parents in the beautiful, austere woods of northern Minnesota, where their nearly abandoned commune stands as the last vestige of a lost counterculture world. Isolated at home and an outsider at school, Linda is drawn to the enigmatic, attractive Lily and the new history teacher, Mr. Grierson. When Mr. Grierson is charged with possessing child pornography, the implications of his arrest deeply affect Linda as she wrestles with her own fledgling desires and craving to belong.

And then the young Gardner family moves in across the lake and Linda finds herself welcomed into their home as a babysitter for their little boy, Paul. It seems that her life finally has purpose but with this new sense of belonging come expectations and secrets she doesn’t understand. Over the course of a summer, Linda makes a set of choices that reverberate throughout her life. As she struggles to find a way out of the sequestered world into which she was born, Linda confronts the life-and-death consequences of the things people do—and fail to do—for the people they love.

A “compelling portrait of a troubled adolescent trying to find her way in a new and frightening world” (People), Emily Fridlund’s propulsive and gorgeously written History of Wolves introduces a new writer of enormous range and talent.

EMILY FRIDLUND’s fiction has appeared in a variety of journals. She holds a PhD in literature and creative writing from the University of Southern California. Fridlund’s collection of stories, Catapult, was a finalist for the Noemi Press Book Award for Fiction and the Tartt First Fiction Award. It won the Mary McCarthy Prize and will be published in 2017. The opening chapter of History of Wolves was published in the Southwest Review and won the McGinnis-Ritchie Award for Fiction. She grew up in Minnesota and currently resides in the Finger Lakes region of New York.