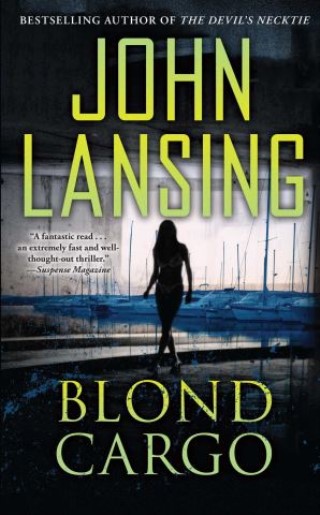 "A pulse-pounding thriller with a charming protagonist" (Kirkus Reviews), this gripping ebook continues the story that began in The Devil’s Necktie.

Jack Bertolino’s son, Chris, was the victim of a brutal murder attempt and Vincent Cardona, a mafia boss, provided information that helped Jack take down the perpetrator of the crime. Jack accepted the favor knowing there’d be blowback. In Blond Cargo the mobster’s daughter has gone missing and Cardona turned in his chit. Jack discovers that the young, blond, mafia princess has been kidnapped and imprisoned while rich, politically connected men negotiate her value as a sex slave.

A sizzling whodunit for fans of James Patterson and Patricia Cornwell, Blond Cargo taps into the real-life crime world to deliver a thrilling, action-packed story that will keep you on the edge of your seat until the explosive, unprecedented finale.

John Lansing: John Lansing is the author of four thrillers featuring Jack Bertolino—The Devil’s Necktie, Blond Cargo, Dead Is Dead, and The Fourth Gunman—as well as the true-crime non-fiction book Good Cop Bad Money, written with former NYPD Inspector Glen Morisano. He has been a writer and producer on Walker, Texas Ranger, and the co-executive producer of the ABC series Scoundrels. A native of Long Island, John now resides in Los Angeles. Find out more on JohnLansing.net and follow him on Twitter @jelansing.