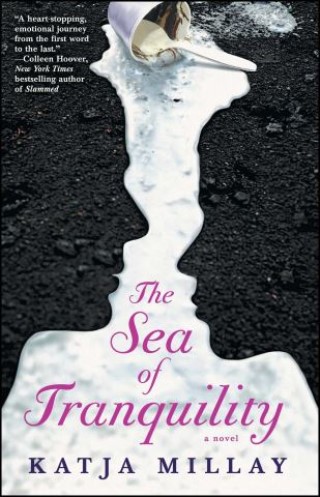 The Sea of Tranquility

I live in a world without magic or miracles. A place where there are no clairvoyants or shapeshifters, no angels or superhuman boys to save you. A place where people die and music disintegrates and things suck. I am pressed so hard against the earth by the weight of reality that some days I wonder how I am still able to lift my feet to walk.

Two and a half years after an unspeakable tragedy left her a shadow of the girl she once was, Nastya Kashnikov moves to a new town determined to keep her dark past hidden and hold everyone at a distance. But her plans only last so long before she finds herself inexplicably drawn to the one person as isolated as herself: Josh Bennett.

Josh’s story is no secret. Every person he loves has been taken from his life until, at seventeen years old, there is no one left. When your name is synonymous with death, everyone tends to give you your space. Everyone except Nastya who won’t go away until she’s insinuated herself into every aspect of his life. But as the undeniable pull between them intensifies, he starts to wonder if he will ever learn the secrets she’s been hiding—or if he even wants to.

The Sea of Tranquility is a rich, intense, and brilliantly imagined story about a lonely boy, an emotionally fragile girl, and the mira­cle of second chances.

Katja Millay: Katja Millay grew up in Florida and graduated with a degree in film & television production from Tisch School of the Arts at New York University. She has worked as a television producer, and a film studies and screenwriting teacher. Currently she resides in Florida with her family. The Sea of Tranquility is her first book.