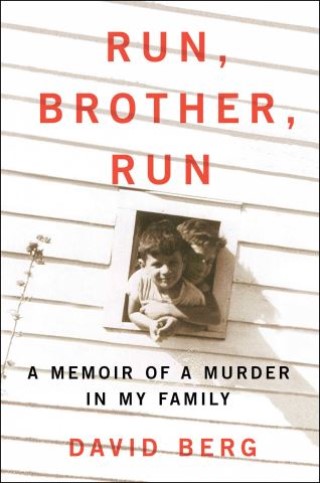 A Memoir of a Murder in My Family

A searing family memoir, hailed as “remarkable” (The New York Times), “compelling” (People), and “engrossing” (Kirkus Reviews), of a trial lawyer’s tempestuous boyhood in Texas that led to the vicious murder of his brother by the father of actor Woody Harrelson.

In 1968, David Berg’s brother, Alan, was murdered by Charles Harrelson, a notorious hit man and father of Woody Harrelson. Alan was only thirty-one when he disappeared (David was twenty-six) and for more than six months his family did not know what had happened to him—until his remains were found in a ditch in Texas. There was an eyewitness to the murder: Charles Harrelson’s girlfriend, who agreed to testify. For his defense, Harrelson hired Percy Foreman, then the most famous criminal lawyer in America. Despite the overwhelming evidence against him, Harrelson was acquitted.

After burying his brother all those years ago, David Berg rarely talked about him. Yet in 2008 he began to remember and research Alan’s life and death. The result is Run, Brother, Run: part memoir—about growing up Jewish in 1950s Texas and Arkansas—and part legal story, informed by Berg’s experience as a seasoned lawyer. Writing with cold-eyed grief and a wild, lacerating humor, Berg tells us first about the striving Jewish family that created Alan Berg and set him on a course for self-destruction, and then about the miscarriage of justice when Berg’s murderer was acquitted.

David Berg brings us a painful family history, a portrait of an iconic American place, and a true-crime courtroom murder drama that “elegantly brings to life the rough-and-tumble boomtown that was 1960s-era Houston, and conveys with unflinching force the emotional damage his brother’s death did to his family” (The New York Times).

David Berg: David Berg has tried virtually every kind of civil and criminal case to a verdict, from murder to patent infringement, and he has won hundreds of millions of dollars in settlements. He has been recognized as one of the “Best Lawyers in America” in nine practice areas. His 2003 book, The Trial Lawyer: What It Takes to Win, is one of the American Bar Association’s bestselling books. In addition, David has published articles and essays in The New York Times, the Los Angeles Times, Newsweek, Litigation Magazine and The Houston Chronicle. He lives in Houston and New York with his wife.