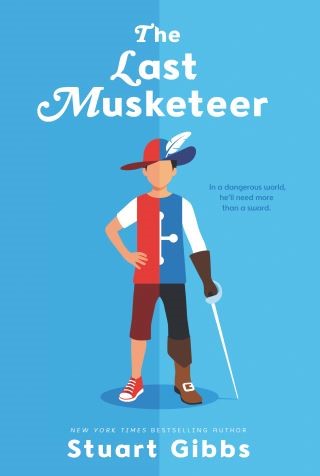 Before they were legends, they were friends. All for one and one for all!

On a family trip to Paris, Greg Rich's parents disappear. They're not just missing from the city—they're missing from the century. So, Greg does what any other fourteen-year-old would do: He travels through time to rescue them.

Greg soon finds out that his family history is tied to the legendary Three Musketeers. But when he meets them, they're his age, and they'll only live long enough to become true heroes if he can save them.

To rescue his parents, Greg must assume the identity of a young Musketeer in training and unite Athos, Porthos, and Aramis—but a powerful enemy is doing everything possible to stop him.

Stuart Gibbs is the author of the FunJungle series as well as the New York Times bestselling Spy School and Moon Base Alpha series. He has written the screenplays for movies like See Spot Run and Repli-Kate, worked on many animated films, and developed TV shows for Nickelodeon, Disney Channel, ABC, and Fox. Stuart lives with his wife and two children in Los Angeles. You can visit him online at www.stuartgibbs.com.