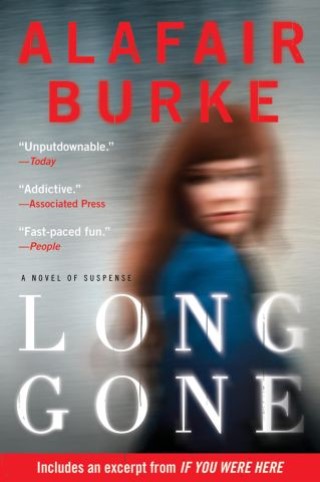 “Long Gone is a tremendous novel, and Alafair Burke is one of the finest young crime writers working today.”
--Dennis Lehane, author of Moonlight Mile

Echoing the intensity of Harlan Coben’s Tell No One and the psychological depth of Laura Lippman’s What the Dead Know, Alafair Burke’s first stand-alone novel catapults her into the top ranks of modern suspense. In New York City’s cut-throat world of art, appearances can be deceiving—especially when art world newcomer Alice Humphrey becomes a suspect in a gruesome murder at a Chelsea gallery, and is thrown into a treacherous labyrinth of intrigue, crime, and conspiracy. Now, Alice must discover the truth behind the murder before the unsolved mystery claims her as its next victim.

Alafair Burke is a New York Times bestselling author whose novels include the standalone thrillers The Ex, Long Gone and If You Were Here, and the Ellie Hatcher series: All Day and a Night, Never Tell, 212, Angel’s Tip, and Dead Connection. She is also the coauthor of the Under Suspicion series with Mary Higgins Clark. A former prosecutor, she is now a professor of criminal law and lives in Manhattan.