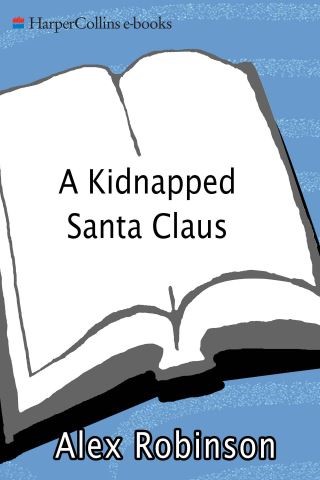 First published in 1904, "A Kidnapped Santa Claus" by L. Frank Baum, the author of The Wizard of Oz, describes the action of some uncommon events in the land of Santa. Not far from the Laughing Valley where Santa and all his magical helpers live, and beyond the Forest of Burzee, there stands a huge mountain that contains the Cave of Demons. Each demon has a specialty: Selfishness, Envy, Hatred, Malice, and Repentance. Because the promise of Santa puts all girls and boys on their best behavior, the demons have hardly any visitors to their caves. In order to remedy their dismal foot traffic, they conspire to kidnap Santa! But oh! even when it looks as if the demons might win, one can never underestimate the power of devoted (and magical!) friends.

Adapted by Alex Robinson, author of several graphic novels, the action and menace of the tale will be enhanced and lightly spoofed. It seems a most appropriate treatment of Baum's work -- he was an author who often let his profound and unsettling meanings roil beneath the surface of his otherwise fanciful stories.

Alex Robinson's books include Box Office Poison, Tricked, Alex Robinson's Lower Regions, and Too Cool to Be Forgotten. He lives in New York City with his wife and their pets, Krimpet and Wrigley.

L. Frank Baum (1856-1919) published The Wonderful Wizard of Oz in 1900 and received enormous, immediate success. Baum went on to write seventeen additional novels in the Oz series. Today, he is considered the father of the American fairy tale. His stories inspired the 1939 classic film The Wizard of Oz, one of the most widely viewed movies of all time.

Michael Sieben is a professional designer and illustrator, primarily within the sub-culture of skateboarding, whose work has been exhibited and reviewed worldwide as well as featured in numerous illustration anthologies. He is a staff writer and illustrator for Thrasher magazine, and a weekly columnist for VICE.com. He is also a founding member of Okay Mountain Gallery and Collective in Austin, Texas, as well as the cofounder of Roger Skateboards. The author of There's Nothing Wrong with You (Hopefully), he lives and works in Austin.