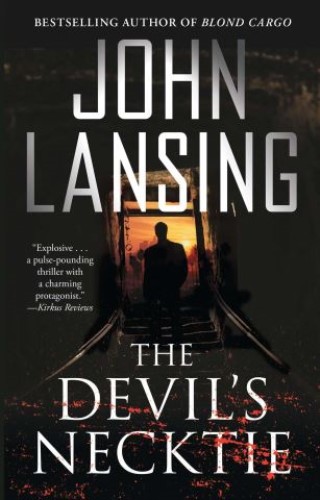 A sizzling thriller for fans of James Patterson and Patricia Cornwell—an exciting tour into the real-life world of cops, crime, drugs, and murder.

Retired inspector Jack Bertolino had strict rules when dealing with confidential informants. But Mia had the kind of beauty that could make a grown man contemplate leaving his wife, his job, and his kids. After a passionate night together, Mia is found murdered—and Jack is the lead suspect.

Facing threats from the LAPD, the 18th Street Angels, and a Colombian drug cartel, Jack delves deeper into the seedy world of drug dealers and murderers and discovers that the top players knew Mia personally. And now Jack is torn between fearing for his life and seeking revenge for his slain lover….either way, the body count will rise.

John Lansing: John Lansing is the author of four thrillers featuring Jack Bertolino—The Devil’s Necktie, Blond Cargo, Dead Is Dead, and The Fourth Gunman—as well as the true-crime non-fiction book Good Cop Bad Money, written with former NYPD Inspector Glen Morisano. He has been a writer and producer on Walker, Texas Ranger, and the co-executive producer of the ABC series Scoundrels. A native of Long Island, John now resides in Los Angeles. Find out more on JohnLansing.net and follow him on Twitter @jelansing.