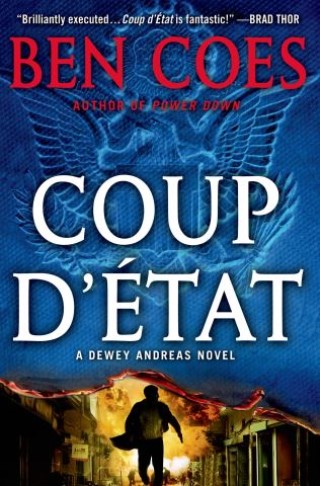 The wait is over—Ben Coes, whose debut Power Down was called "the must read thriller of the year" (Vince Flynn) is back and at the top of his game with a mesmerizing new novel

Wanting only a peaceful, obscure life, Dewey Andreas has gone to rural Australia, far from turbulent forces that he once fought against. But powerful men, seeking revenge, have been scouring the earth looking for Dewey. And now, they've finally found him - forcing Dewey to abandon his home and to fight for his life against a very well armed, well trained group of assassins.

Meanwhile, a radical cleric has been elected president of Pakistan and, upon taking power, sets off a rapidly escalating conflict with India. As the situation spins quickly out of control, it becomes clear that India is only days from resorting to a nuclear response, one that will have unimaginably disasterous results for the world at large. With only days to head this off, the President sends in his best people, including Jessica Tanzer, to do whatever it takes to restore the fragile peace to the region. Tanzer has only one viable option - to set up and execute a coup d'etat in Pakistan - and only one man in mind to lead the team that will try to pull off this almost unimaginable task in the nerve-wrackingly short time frame, Dewey Andreas. If, that is, Jessica can even get to Dewey and if Dewey can get out of Australia alive...

BEN COES is the author of critically acclaimed Power Down. He is a former speechwriter for the George H.W. Bush White House, worked for Boone Pickens, was a fellow at the JFK School of Government at Harvard, the campaign manager for Mitt Romney's run for governor in 2002, and is currently a partner in a private equity company out of Boston. He lives in Wellsley, Mass.