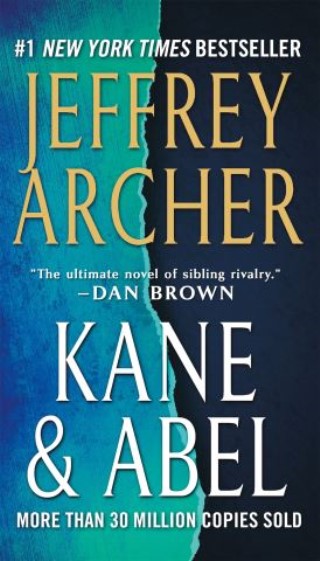 William Lowell Kane and Abel Rosnovski, one the son of a Boston millionaire, the other a penniless polish immigrant-born on the same day near the turn of the century on opposite sides of the world-are brought together by fate and the quest of a dream. Two men - ambitious, powerful, ruthless - are locked in a relentless struggle to build an empire, fueled by their all-consuming hatred. Over sixty years and three generations, through war, marriage, fortune, and disaster, Kane and Abel battle for the success and triumph that only one man can have...

Jeffrey Archer was educated at Oxford University. He became the youngest member of the House of Commons in 1969, was appointed Deputy Chairman of the Conservative Party in 1985, and was elevated to the House of Lords in 1992. All of his novels and short story collections - including Kane and Abel, Honor Among Thieves, and To Cut a Long Story Short - have been international bestsellers, selling over 120 million copies worldwide. Archer is married with two children and lives in England.