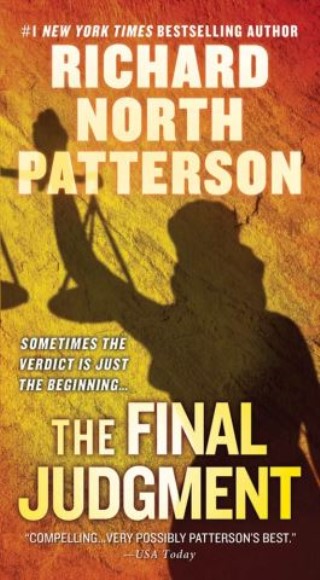 A young man has been murdered. His girlfriend, twenty-two-year-old Brett Allen, is found at the scene of the crime. She claims she is innocent—even though she's dripping in blood, the murder weapon covered with her fingerprints. Enter attorney Caroline Masters, Brett's estranged aunt. She's been summoned back to her affluent New England hometown to help Brett out of this mess…and revisit the troubled family she left behind.

Caroline learned a long time ago that the ties that bind can also be broken. Now that she's back home, she can't help but doubt her family's motives—and Brett's innocence. As the trial heats up, Caroline finds herself up against those who would kill to keep dark secrets hidden…and the state prosecutor, who happens to be her former lover and will do anything to expose the truth. Now, with her family's fate—and her own reputation—hanging in the balance, Caroline must assume the role of a lifetime as she fights to save her niece. Or destroy them both…

RICHARD NORTH PATTERSON is the author of Silent Witness, Eyes of a Child, The Spire, Degree of Guilt, Eclipse, The Race, Exile, and more than a dozen other bestselling and critically acclaimed novels. Formerly a trial lawyer, he was the SEC liaison to the Watergate special prosecutor and has served on the boards of several Washington advocacy groups. He lives on Martha's Vineyard and in San Francisco and Cabo San Lucas with his wife, Dr. Nancy Clair.