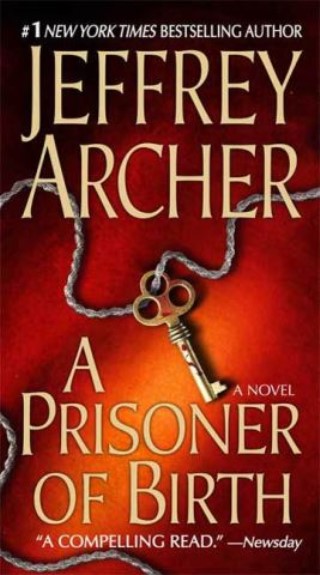 A Prisoner of Birth

International bestseller and master storyteller Jeffrey Archer is at the very top of his game in a story of fate and fortune, redemption and revenge.

If Danny Cartwright had proposed to Beth Wilson the day before, or the day after, he would not have been arrested and charged with the murder of his best friend. But when the four prosecution witnesses are a barrister, a popular actor, an aristocrat, and the youngest partner in an established firm's history, who is going to believe your side of the story?

Danny is sentenced to twenty-two years and sent to Belmarsh prison, the highest-security jail in the land, from where no inmate has ever escaped.

However, Spencer Craig, Lawrence Davenport, Gerald Payne, and Toby Mortimer all underestimate Danny's determination to seek revenge, and Beth's relentless quest to pursue justice, which ends up with all four fighting for their lives,

Thus begins Jeffrey Archer's most powerful novel since Kane and Abel, with a cast of characters that will remain with you long after you've turned the last page.

And if that is not enough, prepare for an ending that will shock even the most ardent of Archer's fans.

Jeffrey Archer was educated at Oxford University. He has served five years in Britain's House of Commons, fourteen years in the House of Lords, and two in Her Majesty's prisons, which spawned three volumes of highly acclaimed Prison Diaries. All of his novels and short story collections---including Kane and Abel, Sons of Fortune, and False Impression---have been international bestsellers. Archer is married with two children and lives in London and Cambridge.